What Pirates Can Teach Us About Leadership 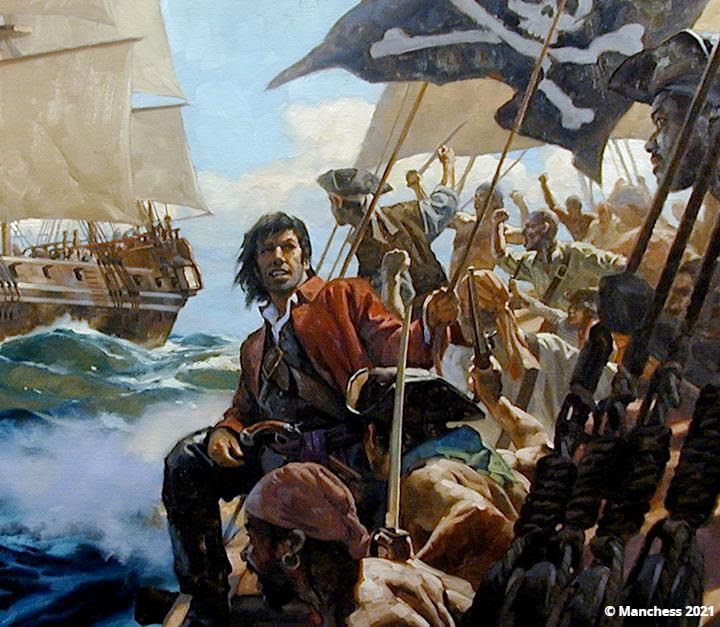 Blackbeard, the pirate, was elected captain of the pirate ship by the crew. If the crew became dissatisfied with Blackbeard’s leadership, they could fire him as captain and elect someone else to lead the ship.

Harvard Business School professor Francesca Gino recently wrote a fascinating article about democracy aboard 18th-century pirate ships in contrast with the dictatorships typical of English merchant ships and English society in general at the time.

Pirate crews wrote “articles,” a governing constitution, for each ship. Welsh pirate Black Bart’s ship's constitution began every crew member “shall have an equal vote in affairs of the moment.” When the pirate ship went into battle, the captain was in full command. Crew votes made all other important decisions.

Bracken Darrell, CEO of Logitech, recommends firing yourself periodically. My conversation with him about the value of firing yourself is HERE. The requirements for success in your job change over time. Does the way you are doing your job and perhaps the skills you bring match what your leadership position needs to be fully successful today? Would you be hired to fill your job today?

Another way to ask the question is whether your crew would elect you to lead them if they voted today? Would you be elected to your job the way the pirate captain was elected?

I am certain Blackbeard’s election as captain was not a popularity contest. The crew wanted their captain to be the leader who made the ship and its crew successful. The crew wanted a captain who saw all crew members as important contributors to the success of the venture and “owners of the ship.”

The success, even survival, of the ship and its crew completely depended on the skills and commitment of the crew and the leadership of the captain. The crew were “owners” of the ship. The contrast could not be starker with English culture. Ownership and authority came from family, birthplace, and race/ethnicity. Freeing the slaves on a captured slave ship brought new talent into the crew of the pirate ship.

You may not face an election to keep your job. But, your “crew” votes every day on the quality of your leadership. They are more productive, creative, satisfied, and committed when they believe you see them as “owners” of the venture and important contributors to its success.

Each time I walk by this modest blue door in Marblehead, Massachusetts, I wonder who opens the door into their home. In an era of mega-mansions, someone makes this 200-year-old cottage their home. Did someone famous walk through the blue door? I know there has been laughter, joy, and sadness behind the door. I wonder about life behind the blue door as I walk by.

4 comments on “What Pirates Can Teach Us About Leadership”